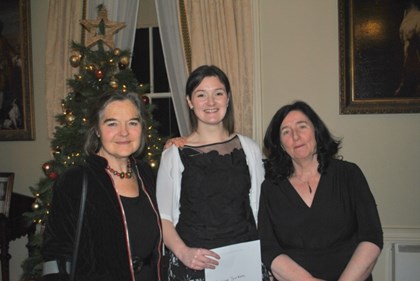 The Award is designed to encourage research into the visual arts of Ireland including the work of Irish architects, artists and craftsmen between 1600-1900 and the committee are particularly interested in seeing research based on original documentary evidence.

Aisling Durkan secured the award with her post graduate research study - Provincial Splendour and Mercantile Ambition: The Drogheda town house in the eighteenth century. A commendation was also given to Dr Fidelma Mullane, a specialist in Irish Vernacular architecture, for her research into traditional and vernacular Irish crafts.