One of the largest State Protected Structures Set for Re-development 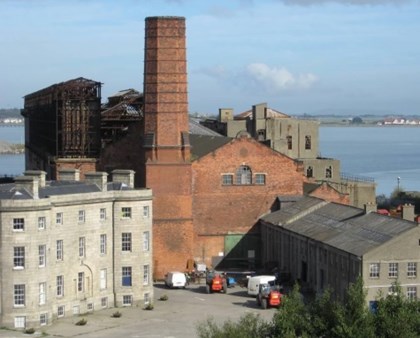 The old Pigeon House power station on the Poolbeg peninsula, along with surrounding buildings, are set to become a creative and technological hub in Dublin as five potential developers vie for the 7 acre site.

Buildings on the peninsula site, which include a former Georgian hotel and an early 20th century power station, neighbours a new large scale housing development. The council hope that the iconic Pigeon buildings could provide a major visitor attraction.  With tax relief measures helping to promote Ireland as a major film and television location, a film company had explored developing an €80 million Hollywood-style studio on the site but in the end they did not tender because physical restraints on the peninsula were too limiting.

While the power station, decommissioned in the 1970s, is largely in ruins with just one of its 12 chimneys surviving, the Georgian Pigeon House hotel, named after 18th century caretaker, John Pigeon, has fared much better, occupied as offices since the council acquired the site in 2004. Dublin city council have stressed that all tenders received have met their criteria and that the renovation and refurbishment of these protected structures will form an integral part of the winning bid.