Who is going to stand up for Ireland's Architectural history? 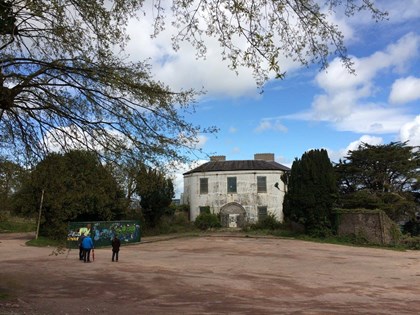 Vernon Mount, owned by developers and neglected for many years, had been placed on the World Monuments Fund List of 100 Most Endangered Sites, until it was destroyed by fire this week, highlighting that even the 'endangered' 'at risk' labels, alongside vociferous campaigning by local organisations and architectural groups, couldn't protect the building effectively.

The IGS have described Vernon Mount as 'possibly the finest surviving example in Ireland of a Georgian classical villa on the outskirts of a major city.' It was not just the house's architectural significance which was widely recognised - the interior was decorated with a number of important Trompe L'Oeil paintings by 18th century Irish artist artist, Nathaniel Grogan, which have now also been lost. 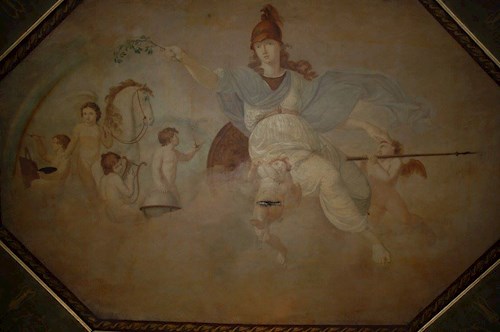 Vernon Mount was built during Cork's boom years, by a particuarly scandalous 18th century Irish figure, Sir Henry Browne Hayes, who was deported to Australia for kidnapping and trying to force a local Quaker heiress to marry him when his own finances were in trouble. The Georgian villa had been brought by an Anglo Irish development consortium in the 1990s but had been left unoccupied following a stand-off between Cork County council and the Developers, over proposed plans.

A voluntary group, the Grange/Frankfield Partnership, had been desperately trying to protect the unoccupied villa following a number of reported forced entries by vandals. A spokeswoman for the voluntary group said in the Irish Examiner that Vernon Mount -  'A cultural asset of incredible richness has been brutally and senselessly destroyed in a mindless act of vandalism.'

The loss of Vernon Mount follows a major fire earlier this month which resulted in the destruction of Belchamp in Fingal, also on an 'at risk' register. Designed in the 18th century by the White House architect James Hoban, Belchamp's recent history mirrored Vernon Mount, as it was both unoccupied and owned by a developer.

Both buildings were Protected Structures and this should have ensured that local councils had the authority to force the owners to protect and maintain the buildings but sadly the listings seem to have had no impact. The Irish Georgian Society reported that Cork County Council had reapeatedly tried to gain access to Vernon Mount with the owners consent but that they had not been able to. Conservationists will undoubtedly be looking closely to see what will be the outcome in both these cases.

Any unoccupied building is inevitably more vulnerable to vandalism and other risks such as fire and water ingress but this is especially true for historic buildings where the internal structure is old, fragile and the original materials don't have inbuilt safety features - such as fire retardancy. The responsibility for a Protected Structure does of course primarily rest with the owner. If a building is unoccupied even for a short time frame it is essential to ensure that is is properly secured with reliable smoke detectors and fire alarms fitted and that electrical checks are undertaken regularly.