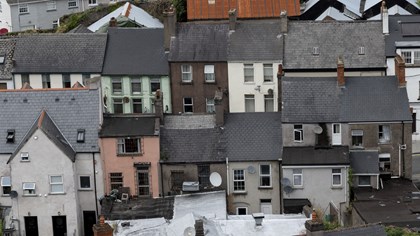 There has been some debate in Ireland recently about whether the Protected Structure register is fit for purpose at a time where additional housing, particularly in and around cities, is required.

One perspective is that the current system, where buildings are either on or off the Record of Protected Structures (RPS), is too simplistic and is already failing to protect Ireland’s built heritage while at the same time prevents other buildings from being restored and converted into housing. There is debate about whether a more nuanced approach, perhaps reflecting the UK graded listed system, with buildings categorised by historic significance, might offer better protection and more opportunity for sustainable housing.

Former Dublin city councillor, Patrick Costello, commenting in an article in the Journal last month said that “There is a need for denser cities…It’s not as simple as the RPS gets in the way but a more subtle thing: the UK has a grading system and [certain buildings on it (Grade I and Grade II*)] need to be preserved exactly as they were. A lot of our 20th-century buildings don’t need to be preserved to that extent. Perhaps they could undergo modernisation, allow changes internally while keeping the outside. That would be an appropriate approach for some structures but not others.”

In the same article Graham Hickey, a conservation officer in Dublin, disagreed with the suggestion that the RPS needs an overhaul and believes that pressure for change was an attempt to de-regulate:

“The British system…is completely different. Ireland’s buildings are much more homogenous. If we bring in a grading system it needs a huge amount of resources in the local authorities to manage it. But also we know the main intention of it would be to strike thousands of buildings off our protected structure list…very often it’s perceived that the RPS means you can’t put a nail in a wall  – it couldn’t be farther from the truth.’ In fact, Mr Hickey argues that the RPS system “is more flexible than the British system.”

Where buildings are on the RPS there are undoubtedly a minority of Protected Structure owners who are scared about starting a planning application because they worry they won’t get permission, and this means instead that some carry out unauthorised work with the potential of losing valuable heritage features. There are also examples of Protected Structure Buildings which have been allowed to fall into decay and are now uninhabitable because owners think restoration is unaffordable. Potential buyers can also be frightened of taking on Protected Structures because they don’t think they will be allowed to make alterations to make them fit for purpose in the twenty-first century.

In reality, as Mr Hickey indicates, most planning authorities in Ireland are keen to facilitate the sensitive restoration of Ireland’s built heritage. Where a restored building leads to the provision of a comfortable inhabitable home it is a much more environmentally sustainable housing solution than a new build.

Frank O’Connor and partner Jude Sherry are passionate exponents of heritage buildings, particularly in Cork where their company is based. Together they have started keeping their own record of derelict historic buildings in the city.

O’Connor has wisely pointed out that “the most sustainable [building] is an existing one ”. He also believes that derelict buildings can have an important impact on the moral within our cities and towns and in turn their economic buoyancy “if you are surrounded by derelict and decaying heritage, it affects people’s mental health.” John Hegarty an architect based in Cork who also believes in the value of restoring Ireland’s built heritage says, ‘We can care for our historic environment and embrace technology and progress while also feeding our creative souls..(to) come up with the ideas that make us a vibrant economy.’